The key factor for the success of the present initiative is the mobilization of the relevant stakeholders, the field experts and the general public towards the necessity of a specific strategy and action that will provide a creative, productive and efficient framework for the conjunction of Sport and Physical Exercise with Mental Health.

The understanding of this necessity can come only as a result of am EU wide Awareness Campaign which is the tool to reform well established perceptions and create a new inspired mentality.

In order to insure the success of the campaign the first step will be the conduction of a research in order to map the mainstream ideas, to identify non-covered needs of the Mental Health field and to explore new forms of Sport and Physical Exercise activities able to contribute to the project’s goal. The research will be implemented according a specific methodological approach.

The European Awareness Campaign “Life is like a bike” has started. Move with us!

«Life is like a bike. To keep your balance, you have to keep moving»: Albert Einstein combines in one sentence the laws of Physics with a life attitude. Another source of inspiration for the holistic approach of Mental Health through an active living, through the use... 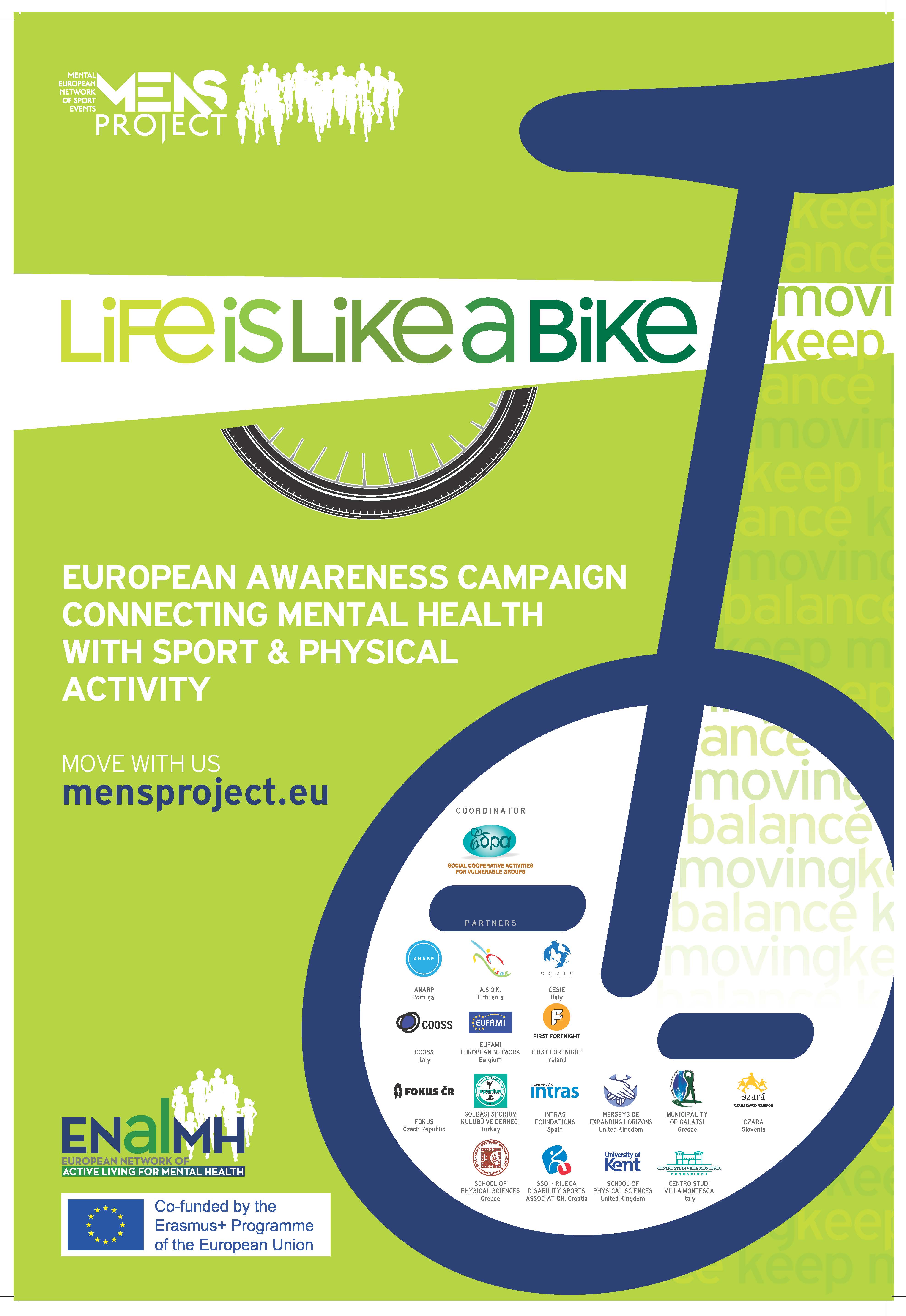 The purpose of MENS Research was doubled.

First of all, it aimed to collect data on the current situation on the connection of Sport & Physical Activity and Mental Health throughout organizations and individuals across European countries, using a number of specifically designed surveys for the first stage and semi-structured interview questionnaires for the second stage.

Secondarily, it was always meant to serve as a prelude for the European Awareness Campaign which would follow immediately after. Indeed, the philosophy and spirit behind the campaign’s materials found their origins in the results of MENS Research, greatly aligned with the answers provided by all target groups which operate daily in the fields. The aim of the survey, with regard to the general population and the mental health users, was to identify the degree of exercise but also to ascertain the positive effect of physical exercise on mental health. In the case of health and sports organizations, the aim was to ascertain the understanding of the positive effect of exercise on mental health and the extent to which physical exercise was utilized as a means of improving mental health.