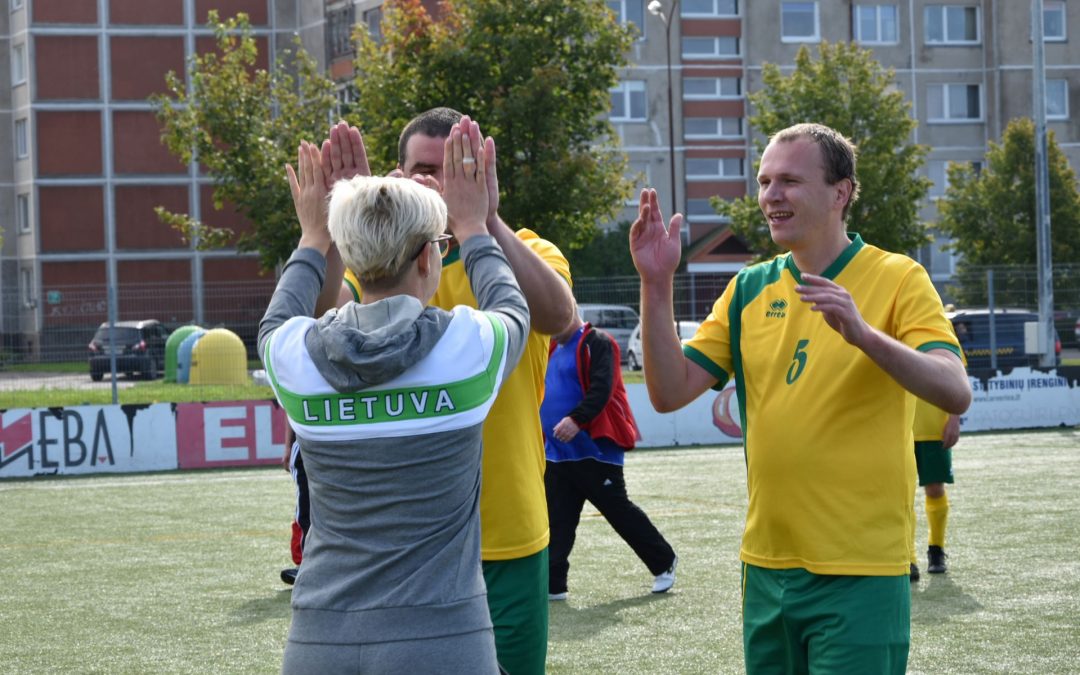 On September 20th, 2017 association Olimpikas organized a nationwide championship for people with special needs. Fifteen special needs soccer  teams from all over  Lithuania gathered to this event. The event was  attended by a big crowd of soccer fans. The teams fought with passion and relentlessness  to score every point but the most sweat and emotions were shed for the main prize ,the  Super Cup. International project MENS ( association Olimpikas is a proud partner)  was introduced  after the match to all the  coaches, athletes and the games attendees where they presented their project’s  main goals  and ideas ,  past achievements, countries visited and  future plans.