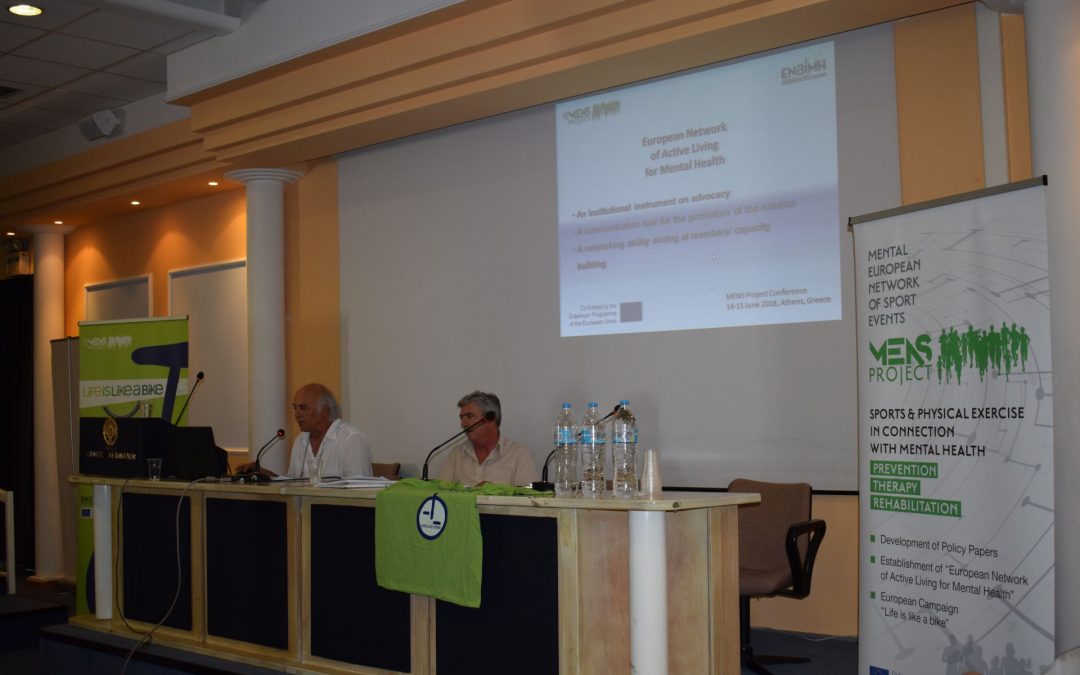 The final Conference of MENS Project, with the participation of European and Greek Mental Health and Sports Institutions

The proceedings of the conference began with the greetings of the President of KSDEO “EDRA”, Ms. Maria Kerasoglou, and the Secretary General of the Municipality of Galatsi, Dr. Evangelos Kyriazopoulos. Significantly, they both highlighted the value of this initiative, mentioning in their speech the ancient saying “healthy mind in a healthy body”, emphasizing in the most persistent way the value of active living to the participants – among them, the representatives of the organizations “Society of Social Psychiatry and Mental Health”, “Society of Psychosocial Research and Intervention” and “ANIMA AMKE”.

The attendance of the representatives of the General Secretariat of Sports in Greece, Ms. Eleftheria Axioti and Maria Papakonstantinou was a special honor. It is quite noteworthy that the Secretary General of Sport, Mr. Ioulios Sunadinos, has offered his auspices for the 1st Athletic Organization for Mental Health – a key action of the European project EVENTS project, coordinator of which is the organization KSDEO “EDRA”.

Key presentations of the Conference included:

The MENS Project has laid the foundations for a European movement that promotes active living and introduces it as a means of preventing and dealing with mental disorders, delivering an already fertile ground to the EVENTS Project, the ENALMH European Network and to a series of new initiatives, the implementation of which is foreseen in the near future.

Note: Scientific deliverables and communication materials are available on the MENS Project website